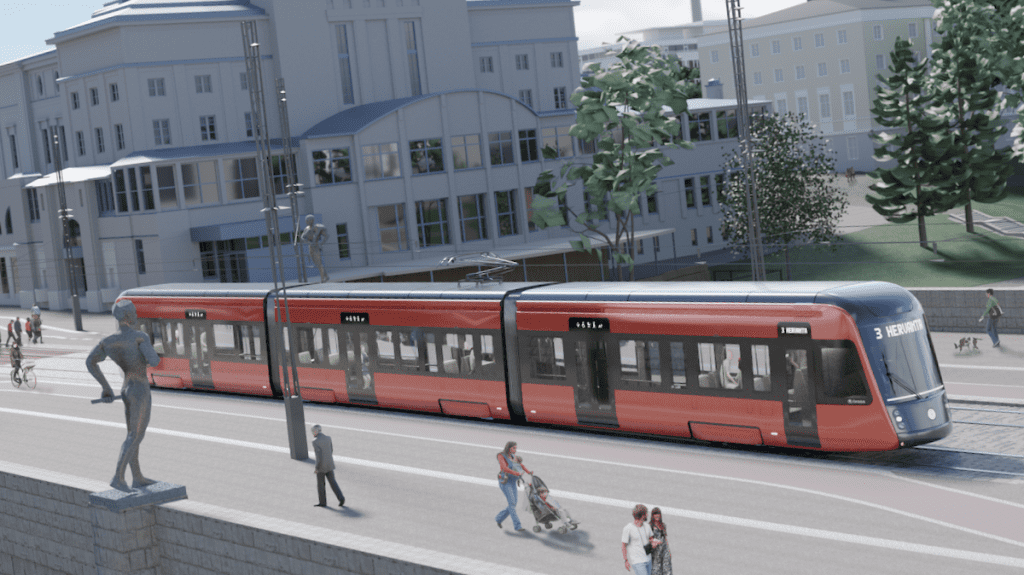 The tram is the way to easier and cleaner everyday living.

Ten purpose-built bridges and seven structures renovated for safe and smooth transport will soon enable 19 brand-new tramcars to glide along 15 kilometres of gleaming heavy-metal tramlines. Four years of construction work have kept section 1 of the Tampere tramway right on schedule ready to go into service in August 2021.

ATA Gears was proud to supply eight pairs of bevel gears per car. That’s 160 pairs to help introduce this mode of mass transportation to one of the most sought-after regions in Finland for living and working. “Here on home ground it was extra important for us to beat stiff competition – especially from Southern Europe. Otherwise it might have been difficult to show our faces in town,” ATA Gears’ Sales Manager Pentti Hallila smiles in satisfaction.

The tram network will enable all kinds of development

An attractive city offers its residents quality services, a pleasant environment and a smooth everyday life. In addition to providing a new transportation option, the tramway will connect homes, schools, workplaces and services. As cities are a nation’s magnets, A user-friendly public transportation system guarantees a sustainable flow of people and business.

Mikko Nurminen, Executive Director of Urban Environment and Infrastructure of the City of Tampere underlines the meaning of the tramway “not only as a means of transportation but also as an important way to develop the city overall”. “Of course, it’s ecological and sustainable, a great way to develop the city’s vitality and liveability – to take the city’s image to the next level. And hopefully also attract private investments,” he continues.

The smartest tramway on the market 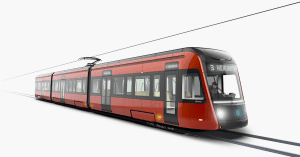 The operating personnel are entranced with their baby soon to be born. The cars of the tramway are described as unusually large and spacious, a combination of a local train and a tram – a hybrid. It is reckoned to be the smartest tramway on the market, partly due to the travel information available to passengers onboard and later also outside. Needless to say, it’s digital every step of the way, all traffic being controlled from the command centre located in the depot. Mikko Nurminen gives another example: ”Camera feeds are to be used for monitoring and analysing passenger flows.”

Tampere Tramway’s track infrastructure and depot, traffic and maintenance are all designed and built using an alliance model.  The best partners were chosen and their full commitment is guaranteed for the entire duration of the project. Lifecycle costs and reliability measured as faults per million kmwere the key criteria when forming the Tampere Tramway Alliance and choosing its cooperation partners to deliver work, parts and smaller components.  ”Naturally  we are happy that a local company was chosen to supply the bevel gears, a key component in the mechanical power transmission,” says Chief Executive Officer Pekka Sirviö of the Tampere Tramway Ltd.

Mikko Nurminen had met ATA Gears previously through projects relating to land use and business premises. “Of course I knew the company by reputation since they have been in the business for decades and are a major player in the Tampere area,” he acknowledges.

When asked how the project has gone and what it’s been like to see it mature, Pekka Sirviö wants to point out “the transparent spirit of doing things together, everybody aware of the meaning and importance of this once-in-a-lifetime endeavour,” as he describes it.

Although the new tramway is history in the making for Tampere, rail transport is very much a part of Tampere DNA. Tampere suffered from a fuel shortage in the 1940s and the city decided to solve this problem by starting a trolleybus system in 1948, which then served Tampere until 1976. The possibility of developing a tramway was revived in 1991. Tampere City Council finally approved the general plan for Tampere Tramway on 16 June 2014 and decided to actually go for it. The development phase began immediately. The City Council approved the undertaking on 7 November 2016 and construction work began in March 2017.

Being under siege by COVID-19 has not delayed the project; everything has progressed to plan. ”In March, we formed a crisis management group, but only 15-30 minute meetings have been needed,” Pekka Sirviö describes the project’s progression under these unprecedented circumstances. ”The restrictions and reduction in traffic flows have actually made laying the tracks easier,” he describes a positive effect of the current situation.